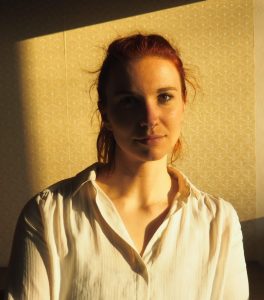 I was born and raised in the Italian Alps as a member of the German-speaking minority. I obtained my Bachelor’s degree from the University of Liechtenstein in Architecture, which I completed with a research based Bachelors Thesis about the Fine Art at the Dolomite Front during the First World War.

Thereafter I completed my Masters at the Estonian Academy of Music and Theater and the Estonian Business School in Tallinn specializing in Cultural Management. My research topic was the Transmigration of highly educated natives from South Tyrol and the options of rural areas to attract workforce through cultural offers.

I was working as an Interior Designer in Germany and as a Project Manager in Tallinn. Furthermore, I was employed as a Junior Researcher at the Estonian Academy of Music and Theater. Living in different European countries and belonging to a cultural minority myself, raised my interest is the exploration of a European identity among members with different societal background.

My doctoral research in the framework of the MOVES project concerns the Pre-Migration period of cultural minorities in Italy and Estonia. I am interested in the relation of identity building in adolescence in members of ethnic minority groups and internal European migration connected to an identification with one or more cultures. The is investigated in a mixed method research by a comparison of the pre-migration period among members of minority and majority groups, in order to identify a possible correlation between the development of an identity as a European citizen and migration. Two cases are studied – German-speaking Italians in South Tyrol and Russian-speaking citizens of Estonia.

The sample is consisting of high-school graduates in both countries, before their first migration. A targeted support program for adolescents who wish to move abroad after graduation is lacking, whereas the mobility of students already enrolled in a University is highly supported. This research can show the importance of a supportive framework for this target group and uncover their specific needs.