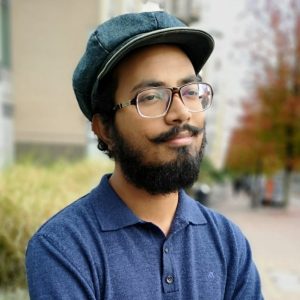 My research focuses on the memorialization of non-white colonial troops, labour corps and camp followers who died in Europe during the First World War on behalf of the British Empire. The Imperial War Graves Commission was established in 1917 with the mission of creating a new, egalitarian regime of commemoration for British war dead. The IWGC’s lofty goal does not square with a reality where persons of colour were differently commemorated than the white fallen, if not altogether absent from memorials.

I wish to examine the existence and nature of racial hierarchies in the IWGC’s memorialization of British imperial war dead in Europe. I am keen to explore the contemporary relevance that the memory of these dead migrant soldiers, labourers and camp followers has in British immigration discourse. Is it possible for non-white UK citizens to reclaim their belonging through their forefather’s participation in the Western Front?

I am completing an MA in International Migration with International Conflict and Security from the University of Kent’s Brussels School of International Studies. I received my Bachelor’s in Economics from BRAC University in Dhaka. I’ve worked as an editor and columnist for The Daily Star in Bangladesh, and have edited an anthology called Disconnect: Collected Short Fiction.