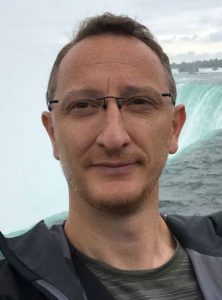 The extended area of my research within EJD MOVES is migration literature of the 20th and 21st centuries, with a focus on narratives of migration to Great Britain. Recent migration inside the European Union has received scarce attention in contemporary literature in English, therefore I intend to compare the migration experience as depicted in texts of the Windrush Generation and literature of contemporary migration from Eastern Europe. The theoretical backdrop of my study builds on elements of post-colonial critical theory and on a critical exploration of the concept of migration myths from a structuralist perspective. The objective of the study is to explore the instrumental employment of migration myths possibly as a recurrent political strategy meant to perpetuate (post)colonial mental models in contemporary Europe, particularly in Great Britain.

This project will be a continuation of my MA in English literature from the University of Tromsø, The Arctic University of Norway from 2016. My academic background is, however, interdisciplinary, as I graduated with an MA in Peace and Conflict Studies from the same university in 2006. Previously, I have completed a BA in English and Religion (2002) and another BA in Political Sciences (2003) at the University of Bucharest. For the past seven years, I have been working as an English, French and social sciences teacher in upper secondary school in Tromsø, Norway.

Besides myths of migration, my current research interests include representations of multicultural identities in literature and board games, hybrid subjectivity construction, minority rights, conflict resolution by peaceful means, eco-criticism, and nature writing.