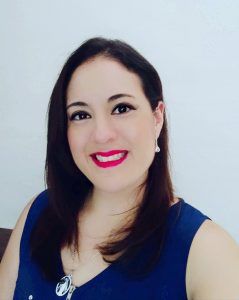 Rosario Rizzo Lara is a PhD student (Early Stage Researcher) currently based at the Freie Universität Berlin.  Her research focuses on Contemporary Migration from Central America to the United States. It particularly looks at the so-called “Caravans of Migrants” from Honduras, Guatemala and El Salvador that crossed into Mexico in 2018 trying to reach the U.S.  The research aims to provide an understanding of the social, economic, cultural and political factors that influenced these abrupt movements, and the new strategies and forms of migration. More importantly, she analyzes this phenomenon from the perspective of Social Movements.

Rosario received her B.S. in International Business Management from Universidad Veracruzana in 2007 in Mexico. She completed her M.A. in Latin American Studies at the University of Texas at Austin in 2010. Her thesis focused on an analysis of the resilience mechanisms used by corn farmers to cope with the implementation of NAFTA and the neoliberal model in Mexico. Aside from the thesis, she worked in the implementation of a community–based solid waste management project in the Dominican Republic.  Also, she holds a Post-Graduate Certificate on US-Mexico Border Studies from El Colegio de la Frontera Norte. For that project, she looked at unaccompanied children from the Northern Triangle of Central America that were identified and detained in transit through Mexico.