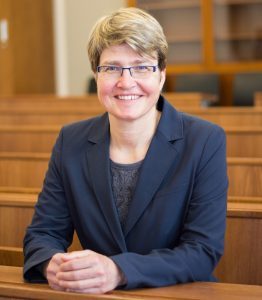 Markéta Křížová studied history and anthropology at Charles University, and has been teaching there ever since receiving her Ph.D. in Ibero-American Studies in 2002. Her main interests are: Early Modern intellectual history, European overseas expansion, colonial history of America, migrations and cultural encounters and competitions. Her doctoral dissertation, La ciudad ideal en el desierto:  Proyectos misionales de la Compaňía de Jesús y la Iglesia Morava en la América colonial [Ideal city in the wilderness: missionary projects of the Society of Jesus and Moravian Church in colonial America], focused on the mission as art of the „utopian“ stream of European thinking of this period, was published in Prague in 2004; her habilitation The strength and sinews of this western world…: African slavery, American colonies and the effort for reform of European society in the Early Modern Era, Prague 2008, studied the problem of slavery in various American colonies and especially its connection with the notion of “freedom” in the European intellectual discourse of 17th and 18th centuries. She is currently working on a project exploring the beginnings of Central European scientific interest in history and culture of America (end of the 19th and beginning of the 20th century) within the broader context of nationalist competitions in the region.

She is member of the steering committee of ENIUGH (European Network in Universal and Global History); is lecturing in international programmes Erasmus, Erasmus Mundus TEMA, and summer school of the Instituto Tecnológico de Monterrey (Mexico) on Central European history and culture.

Markéta Křížová will co-supervise one MOVES research project: “Types of Migration in Their Relation to Forms of Slavery”.